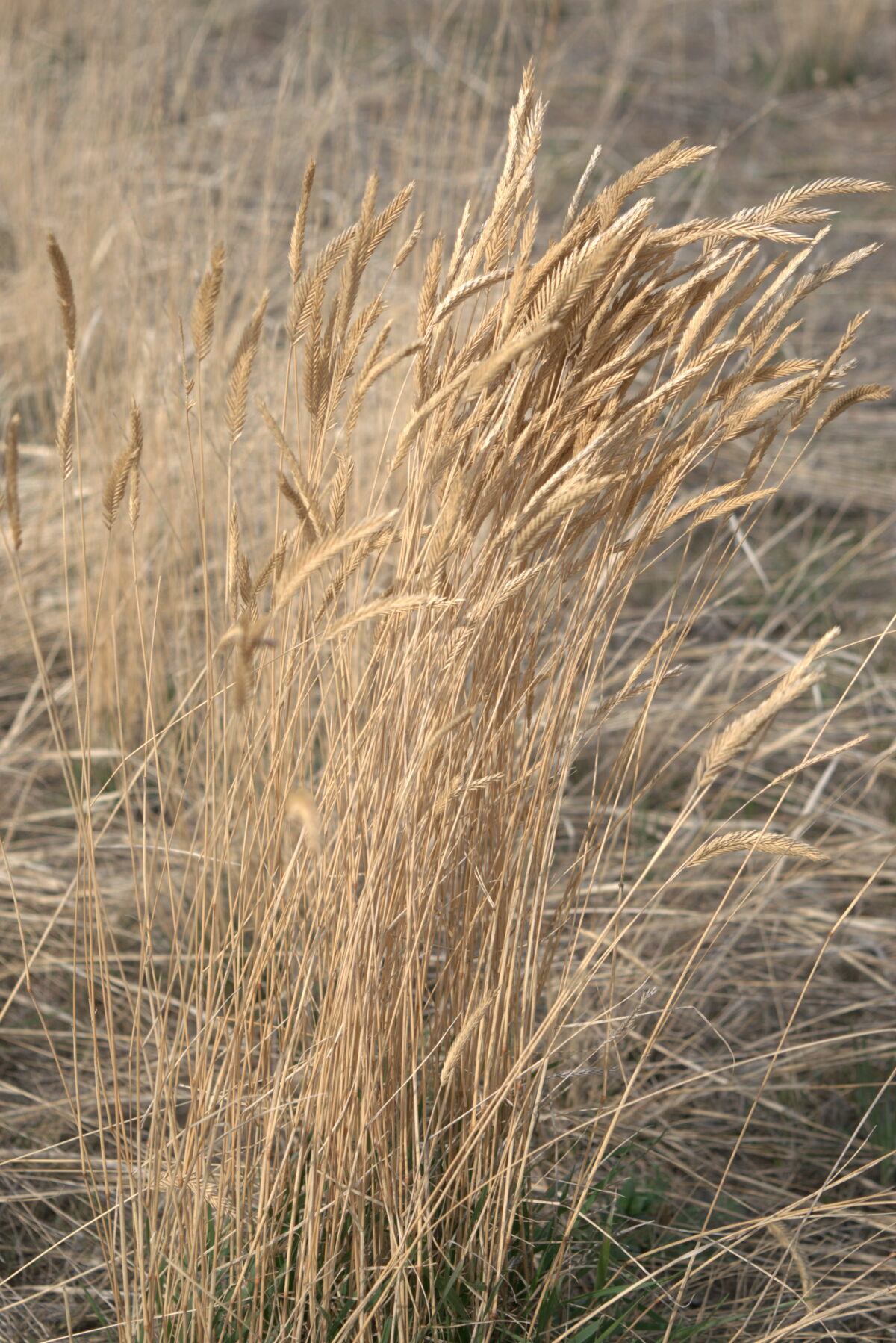 Herein are memorable quotations from a wide variety of sources.

Democracy is the theory that the common people know what they want, and deserve to get it good and hard.

Management By Crisis requires a[ny] present crisis as the vehicle for control. It’s just a matter of selling something as a present crisis. That is to say, it matters less which shoe drops, as long as a shoe drops.

The following two paragraphs are formatted as “Quotes:”


The following styles are working correctly:


Source: The traditional test for the teletype character set.

Sometimes paranoia is just having all the facts.

Everyone is entitled to their own opinion, but not their own facts.

Men prefer a false promise to a flat refusal.

In the absence of clearly-defined goals, we become strangely loyal to performing daily trivia until ultimately we become enslaved by it.

The conscious and intelligent manipulation of the organized habits and opinions of the masses is an important element in democratic society. Those who manipulate this unseen mechanism of society constitute an invisible government which is the true ruling power of our country. …We are governed, our minds are molded, our tastes formed, our ideas suggested, largely by men we have never heard of. This is a logical result of the way in which our democratic society is organized. Vast numbers of human beings must cooperate in this manner if they are to live together as a smoothly functioning society. In almost every act of our daily lives, whether in the sphere of politics or business, in our social conduct or our ethical thinking, we are dominated by the relatively small number of persons…who understand the mental processes and social patterns of the masses. It is they who pull the wires which control the public mind.

Nature commits no errors; right and wrong are human categories.

We will bankrupt ourselves in the vain search for absolute security.

Nothing personal, and no hard feelings…

Source: – Buck Brannaman talking to a colt he was “starting” as he put significant pressure on the colt to motivate its compliance.

The Need for Freedom

No dictator, no invader, can hold an imprisoned population by force of arms forever. There is no greater power in the universe than the need for freedom. Against that power, governments and tyrants and armies cannot stand. The Centauri learned this lesson once. We will teach it to them again. Though it take a thousand years, we…will…be…free.

Clerk of the Court: “Peter Blood. How do your plead, guilty or not-guilty?”

Prosecutor: “Did you know that it is against the King’s law to aid, comfort, or succor a rebel?”

Dr. Peter Blood: “I knew only my sacred duty as a physician.”

Prosecutor: “Your sacred duty, you ROGUE, IS TO YOUR KING!”

Dr. Peter Blood: (subdued retort) “I thought it was to my fellow man.”

Dr. Peter Blood: “What strange creature, must sit on the throne, that lets a man like you deal out his justice.”

Source: – Dr. Peter Blood, the scene in the King’s Court, being condemned as a traitor. Captain Blood, Republic Pictures, 1935.

Captain Blood: “Hagthorpe, do we have an English battle flag aboard?”

Hagthorpe: “We have every manner of battle flag, including a lady’s purple petticoat.”

Captain Blood: “Wait. I’ve a better idea: When an English lion sneaks up on French foxes, it does well to wear a bushy tail. Hoist the French flag.”

Joel Cairo: “You always have a smooth explanation.”

Sam Spade: “What do you want me to do? Learn to stutter?”

The universe is run by the complex interweaving of three elements. Energy, matter, and enlightened self-interest.

Everything is connected;
All things related;
The living and the dead;
The animate and the inanimate;
A system;
All power functioning to serve the whole.

Ivonova: “I wish I knew how things were going out there. The Captain’s idea about hitting Vorlon targets, delaying them long enough to put our fleets in the killing zone, between the Vorlons and Shadows.”

Lorien: “A brilliant strategy. He’s making a crucible, which he hopes will force out the truth. Quite brave. Possibly futile. But, very human.”

Spence: “What do you use, weapons-wise?”

Spence: “They tend to settle the argument. So what do you favor?”

Sam: [Nodding] “It served my country well, a long time.”

Spence: [Scoffs] “Your country. Not done too well, have you, last few wars?”

Sam: “Perhaps not, but at least we don’t go around whining about it.”

Not many men have both good fortune and good sense.

Deirdre: “I see you’re working on our problem.”

I have never let my schooling interfere with my education.

The free market is a moral system, not because it makes men moral, but because it rewards those who serve others efficiently and penalizes those who don’t.

A long habit of not thinking a thing WRONG gives it a superficial appearance of being RIGHT.

Each fancies that no harm will come to his neglect.

The Shoes on Your Feet

Faith and reason are the shoes on your feet. You can travel further with both than you can with just one.

You do not wish to know…anything. You wish only to speak. That which you know, you ignore, because it is inconvenient. That which you do not know, you invent. But none of that matters, except that he was a good man, a kind man, who cared about the world, even when the world cared nothing for him.

This guy abuses the privilege of being uninformed.

There are no winners in an interrogation; only degrees of loss.

How far can you go without destroying from within what you are trying to defend from without?

Here is the Keynesian rule: Always ask the barber if you need a haircut.

Most ignorance is vincible ignorance. We don’t know because we don’t want to know.

You’ve got to be very careful if you don’t know where you’re going, because you might not get there.

Faith sustains us in the hour when reason tells us that we cannot continue, that the whole of our whole lives is without meaning.

The Scientific Euphemism for “Fudge”

We prefer to call it “intellectual phase-locking.”

Delenn: “John Sheridan was a good, kind, and decent man.”

Dr. Jim Latimere: “Delenn, wait! You came all this way just to say that?”

Delenn: “You came just this far to say less?”

Source: – Delenn and Dr. Jim Latimere in the “The Deconstruction of Falling Stars” episode of J. Michael Straczynski’s Babylon 5 Series. 1994.

Patience is also a weapon when used properly.

We will arrive when we arrive, and we will have the weapons we have.

You cannot win this war through force.

You must understand your way out of this.

What remains to be seen is whether he knows that he knows.

Source: – Lorien to Susan Ivanova in the “Into the Fire” episode of J. Michael Straczynski’s Babylon 5 Series. 1994.

Duty is a debt you owe to yourself to fulfill obligations you have assumed voluntarily. Paying that debt can entail anything from years of patient work to instant willingness to die. Difficult it may be, but the reward is self-respect.

Susan Ivanova: “I have to admit, I’m a little bit skeptical about that.”

Lorien: “Skepticism is the language of the mind. What does your heart tell you?”

Ivanova: “My heart and I don’t speak anymore.”

Lorien: “To live on as we have is to leave behind joy, and love, and companionship, because we know it to be transitory, of the moment. We know it will turn to ash. Only those whose lives are brief can imagine that love…is eternal. You should embrace that remarkable illusion. It may be the greatest gift your race has ever received.”

Source: – Susan Ivanova and Lorien in the “Into the Fire” episode of J. Michael Straczynski’s Babylon 5 Series. 1994.

General of the Army George Catlett Marshall one said, “Morale is a state of mine. It is steadfastness and courage and hope…confidence and zeal and loyalty…élan, esprit de corps, and determination.” Morale, he said, “is staying power, the spirit which endures to the end—the will to win.”

A moment’s courage, or a lifetime of regret.
That’s always been the choice.

Thou Shalt Not Be A Bystander

You’ve got to be very careful if you don’t know where you’re going, because you might not get there.

Heroism is never futile, for it is a thing of the soul, demonstrating that man is more than just another animal. This is a truth that needs emphasis in the dingy modern era, when the race’s most basic values are under attack. Honor is, at last, all we can take with us.

Duty – Honor – Country. Those three hallowed words reverently dictate what you ought to be, what you can be, what you will be. They are your rallying points: to build courage when courage seems to fail; to regain faith when there seems to be little cause for faith; to create hope when hope becomes forlorn.

Source: Address by General of the Army Douglas MacArthur to the Corps of Cadets accepting the Thayer Award, May 12, 1962.

It’s tough to make predictions, especially about the future.

There are only two powers in the world…the sword and the spirit. In the long term the sword is always defeated by the spirit.

Dreams Of Things That Were…

"The shadows are lengthening for me. The twilight is here. My days of old have vanished tone and tint; they have gone glimmering through the dreams of things that were."

- Address by General of the Army Douglas MacArthur to the Corps of Cadets accepting the Thayer Award, May 12, 1962.